The University of Illinois has had a bell tower with 15 bells since 1920.  It is part of Altgeld Hall on the north west corner of the central quad.  The chimes weigh over seven and a half tons with the largest bell weighing in at one and a half ton and measures five feet across.  There is a Seth Thomas clock that mechanically enables the chime to automatically strike the hours and quarter hour to the tune of the Westminster Chime.  This runs continuously day and night. 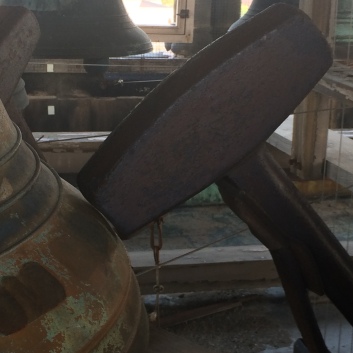 There is also a clavier or keyboard used to play many types of music from the alma mater to Christmas, to star wars themes etc.  It is fun to hear the mini concerts during the lunch hour.  Sue Wood is the current chime master.  She oversees students from a variety of disciplines who play the clavier each day.  The clavier keys are connected to cables that strike the bells when a handle is pushed down about four inches.  The longest cable runs 68.5 feet. 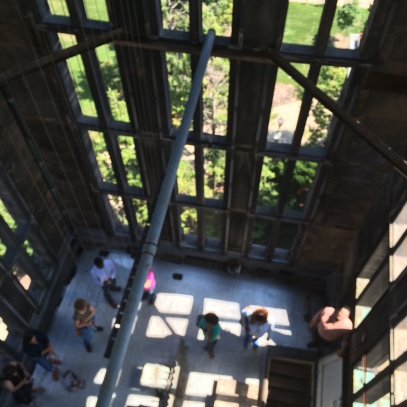 My colleagues and I took one of the last tours of the “performing room,” the place where the clavier is located along with a practice keyboard, music and chairs for visitors.  We were also allowed to climb the tower to see the bells.  I had done the same at Notre Dame in France, these were much smaller.

6 thoughts on “For Whom the Bell Tolls”