Gibraltar, is a unique geographical outpost of the United Kingdom.  Located on the tip of Spain, it is close to North Africa.  The “Rock” has provided a military strategic advantage for centuries dating back to the Moors and the latest during WWII.  Visitors will find remnants from the fortifications built on Gibraltar over time.

Gibraltar is made of of very narrow, steep roads, many man made tunnels, and caves.  The roads are usually bounded by rocks, steep cliffs, or both.  It can be a little scary when navigating them in a bus, even a small one.

Saint Michael’s Cave, named after a cave in Apulia Italy, is located in the “Upper Rock” of Gibraltar. It is made of of limestone. The areas open to the public are well lit and have stairs with railings. There is a large natural amphitheater with seating. The natural acoustics enhance the sound from concerts played here.

Around St. Michael’s Cave you’re likely to find Barbary “Apes,” actually monkeys that were brought over from Morocco. At one time the British Army cared for the apes, designating one part of the hospital for their care. Today their care is outsourced to a company. They are very tame, often posing for pictures.  There are steep fines for feeding the “Apes.”

At the tip of Gibraltar is the Straits of Gibraltar where the Atlantic Ocean meets the Mediterranean Sea. The views are beautiful and on a clear day you can see the coast of Morocco.  Gibraltar is a very crowded peninsula.  The engineers have started to reclaim land to build more housing. 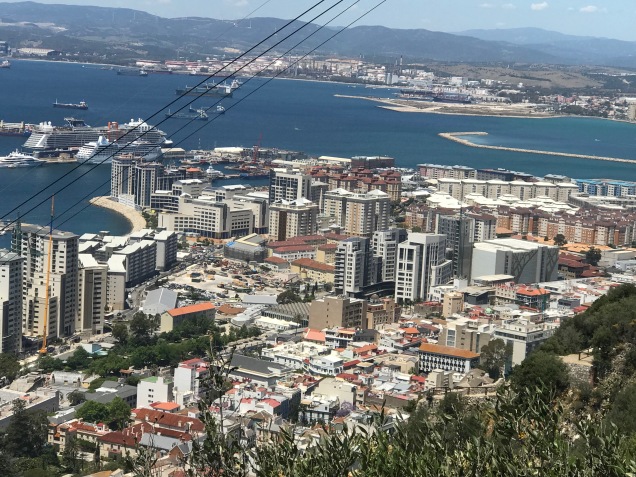 Finally, what would an excursion be with out shopping. Main Street in Gibraltar has become devoted to shopping and eating as well some interesting architecture. 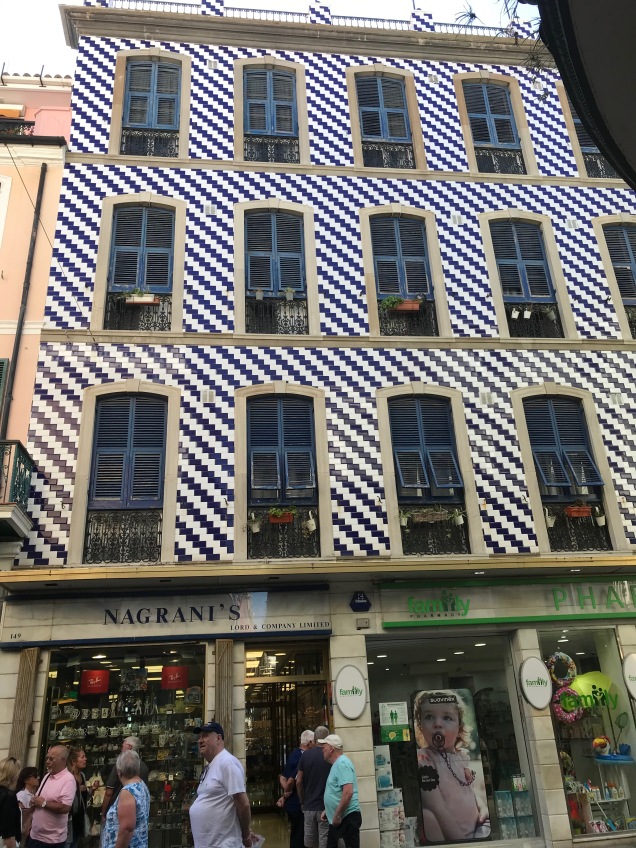